Around the globe Cancer February 2018 Health and Wellness Inspiration 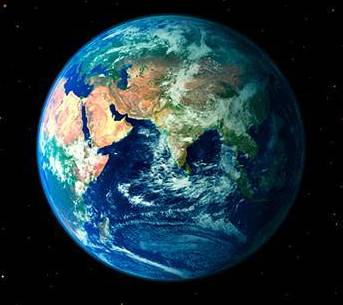 PLAYING THEIR WAY TO CHARITY

There is no better way to raise awareness about a serious disease than through a crowd-pulling event. Curling for Cancer, a charity event, took place at Canada’s Labrador City where players gathered for a session of the fun sport, showing their support for Air Daffodil. A programme that funds travel for cancer treatments outside of Labrador, Air Daffodil provides two return flights to cancer patients, and one return flight per bystander, every year. This year saw the second edition of the event, with the organizers raising over $25,000 for the charity.

Coaches Vs Cancer, a nationwide tie-up between the American Cancer Society and National Association of Basketball Coaches (NABC), hosted a fundraiser event in collaboration with Wolverine girls’ and boys’ basketball games. The event that has been organized annually for the past 25 years empowers basketball teams, coaches and local communities to battle cancer with all their might.

WINGS TO THE WIN

Ever heard of grilling chicken wings for a cause other than enjoying its scrumptious taste? Well, the CNY Wing War at Hart’s Hill Inn in Whitesboro drew crowds last month to raise funds for a local cancer charity through its unique initiative where attendees sampled 12 different wines from local restaurants and voted on the best and the most unique. The fundraiser was conducted as an act of support towards the Joseph Michael Chubbuck Foundation, founded in memory of the eponymous soldier who died of cancer in 2012. A large local crowd turned up for the event, and proceeds from the day’s fundraiser went towards the foundation’s activities.

A mother-daughter duo from Scotland’s West Kilbride village is raising funds to help those battling cancer by organizing auctions and craft fairs at home and at their local bowling club. Marianne Smith and her daughter Suzanne faced and survived the debilitating disease decades ago. Since surviving cancer, the duo has been actively involved in helping raise funds towards setting up the Paul O’Gorman Leukaemia Research Centre. So far, they have been able to raise £30,000 towards leukemia research in Glasgow.

RUNNING TO SAVE LIVES

The Rotary Club of Cochin West held a charity run Westwind Mega Run, the prime purpose of which was to spread awareness about cancer prevention, the need for early detection, and to raise funds for the financially poor seeking cancer treatment. The marathon sent out a message through its slogan ‘Test, Treat and Thrive.’ The event saw nearly 1,200 participants of all ages. Post the 10K run, mementos were handed out for maximum registrations, youngest and oldest participants, etc.